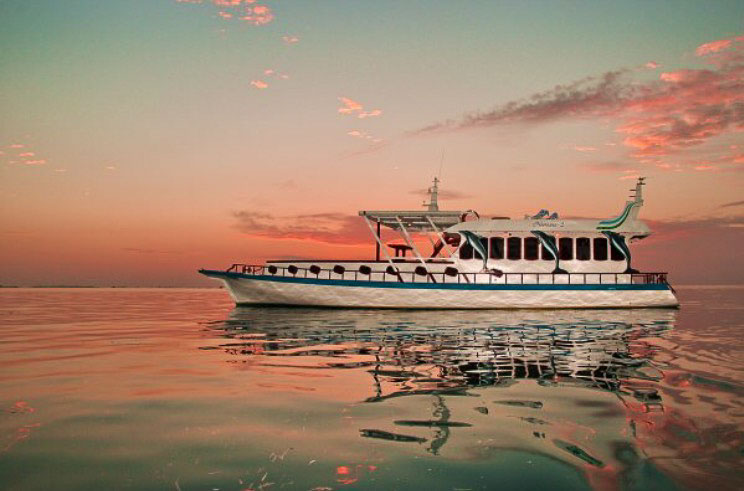 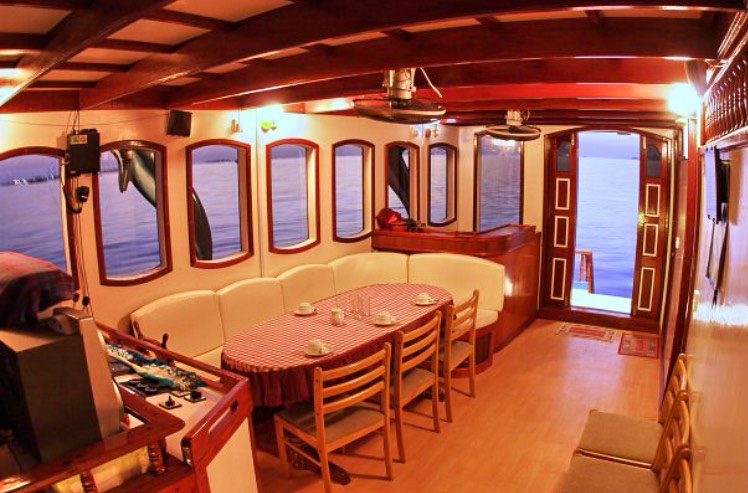 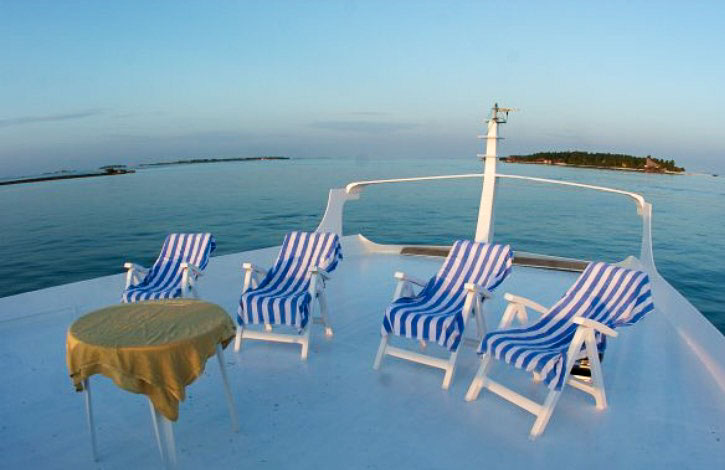 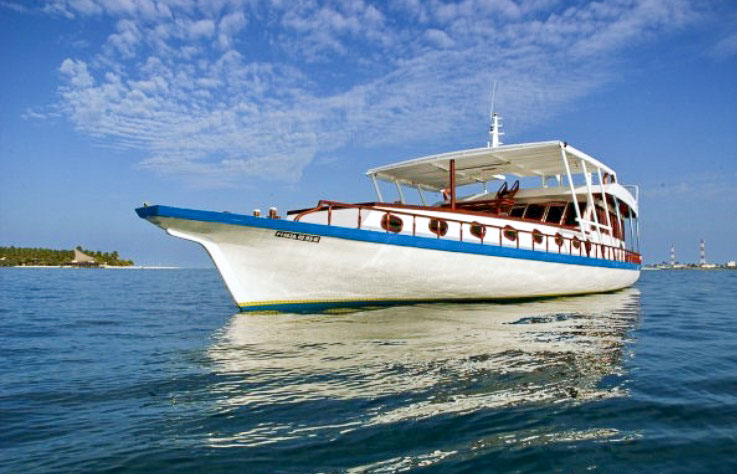 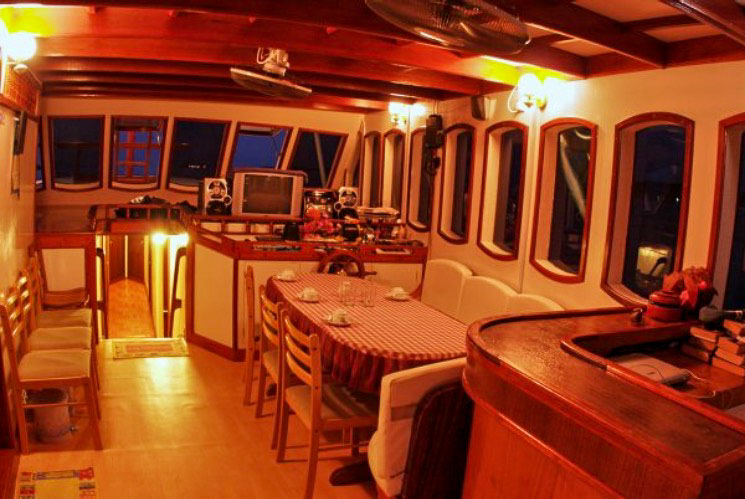 The second option is a mothership for those who really want to optimize their stay or for the group of friends who want something out of the ordinary. The mothership is 80 ft long and equipped with five sleeping cabins, equipped with air-conditioning and bathroom, suitable for two people per sleeping cabin. Up on the flybridge there is a nice relaxing area with chairs where you can enjoy the view and the sun during transportations. There is a an lounge area where breakfast and dinner are served by the chef on board. Even though the Maldives is strongly governed by religion and alcohol is prohibited in most places, there is still a serving permit of beer on board the mothership, which makes it possible to drink a cold beer on the sundeck after fishing. Beer can be purchased at a small cost and paid on site. Of course, there is also the opportunity to fish from the mothership in the evening / night time if you have not had enough after a day’s fishing from the sport fishing boats. The mothership is also equipped with both electrical outlets for charging mobiles, computers and cameras if needed and WIFI for those who need it. With this alternative, you board the mothership already in Malé. A great advantage of this alternative is that you can choose the fishing area on the spot based on current weather forecasts and recent fishing reports.